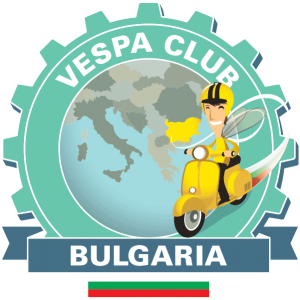 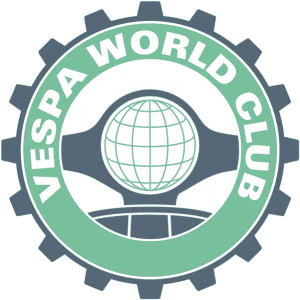 Vespa is an Italian brand of scooters manufactured by Piaggio. The name means “Wasp” in italian language. Vespa is developed by a model scooter, manufactured in 1946 by Piaggio & Co. S.P.A. from Pontedera, Italy, to a full range of scooters and one of the seven companies owned today by Piaggio.

From the very beginning, the Vespa scooters are known for their painted, compressed steel construction that combines a complete engine cover (engine shutter and dust and grease protection), a flat floor (providing foot protection) and a wide front (providing wind protection) in a structural unit.

In 1882, Enrico Piaggio bought land in Sestri Ponente, Genoa to create a timber store. Two years later, in 1884, his son Rinaldo Piaggio founded Piaggio & Co. S.P.A. Initially, Piazzio produces locomotives and railway wagons. In 1917, before the end of the war, Rinaldo directed the company into the aviation and military sector. Piaggio is engaged in the production of motor boats to combat submarines, especially aircraft and seaplanes, originally built with licenses by Ansaldo, Macchi, Caproni and Dornier, and later on by Piaggio projects

Rinaldo Piaggio died in 1938, and the management of the company – which has become a company with many shareholders – goes to the hands of the sons of Rinaldo, Enrico and Armando.

After World War II, Italy, under the Allied Termination Agreement, has a very limited aviation industry in both capabilities and capacity.

The outcome of the conflict was destroyed by a bomb attack plant at Pontedera. The mutilated Italian economy and the catastrophic state of roads do not help re-develop car markets. Enrico Piaggio decides to leave the aviation industry to meet Italy’s urgent need for a modern and accessible mode of transport for the masses.

In 1944, the engineers of Piaggio Renzo Spolti and Vittorio Casini (Renzo Spolti and Vittorio Casini) designed a motorcycle with a construction that completely closes the drive mechanism and wide front. In addition to the design, the design includes a change of steering gear, forced air cooling, small diameter wheels and a high central part to be clipped. Officially known as MP5 (“Moto Piaggio No. 5”), the prototype is called “Paperino”. Piaggio was unhappy with MP5, especially from the high center. He contacted the aviation engineer, Corradino D’Ascanio, to revise the scooter. D’Ascanio, who previously advised Ferdinando Innocenti for the design and production of scooters, immediately tells him he hates motorcycles, believing they are bulky, dirty and unreliable.

The D’Ascanio’s MP6 prototype is designed from scratch without looking for similarity to traditional motorcycles. The basic idea is based on aviation principles. Namely: a combination of features and rejection of everything superfluous. A typical feature of this model is the construction without the traditional frame. The role of a frame is performed by stamped metal panels joined by spot welding. The rear wheel is mounted on the side of the engine and is driven directly by the transmission, removing the drive chain, oil and dirt associated with it. These changes allow the MP6 to have a stepped design without a central section like MP5 Paperino. The MP6 also includes one-sided front suspension, interchangeable front and rear wheels mounted on axles as well as a spare wheel. The other features of the MP6 are similar to those of Paperino, including changing gears from the handlebars and the construction with a high safety shield protecting the feet from wind and splashes.

After seeing the MP6 for the first time, Enrico Piaggio exclaims: “Sembra una vespa!” (“It resembles a wasp!”) Piaggio effectively named his new scooter on the spot. Vespa is both Latin and Italian for wasp—derived from the vehicle’s body shape: the thicker rear part connected to the front part by a narrow waist, and the steering rod resembled antennae.

On 23 April 1946, at 12 o’clock in the central office for inventions, models and makes of the Ministry of Industry and Commerce in Florence, Piaggio e C. S.p.A. took out a patent for a “motorcycle of a rational complexity of organs and elements combined with a frame with mudguards and a casing covering the whole mechanical part”.

The basic patented design allowed a series of features to be deployed on the spar-frame that would later allow quick development of new models. The original Vespa featured a rear pillion seat for a passenger, or optionally a storage compartment. The original front protection “shield” was a flat piece of aero metal; later, this developed into a twin skin to allow additional storage behind the front shield, similar to the glove compartment in a car. The fuel cap was located underneath the (hinged) seat, which saved the cost of an additional lock on the fuel cap or need for additional metal work on the smooth skin.

The scooter had rigid rear suspension and small 8-inch wheels that allowed a compact design and plenty of room for the rider’s legs. The Vespa’s enclosed, horizontally mounted 98 cc two-stroke engine acted directly on the rear drive wheel through a three-speed transmission. The twistgrip-controlled gear change involved a system of rods. The early engine had no forced-air cooling, but fan blades were soon attached to the magneto-flywheel (which houses the points and generates electricity for accessories and for the engine’s spark) to push air over the cylinder’s cooling fins. The modern Vespa engine is still cooled this way. The MP6 prototype had large grilles on the front and rear of the rear fender covering the engine. This was done to allow air in to cool the engine, as the prototype did not have fan cooling. A cooling fan similar to that used on the MP5 “Paperino” prototype was included in the design of the production Vespa, and the grilles were removed from the fender. Vespa’s public debut was at the Milan Fair in 1946. The first fifty pieces were sold slowly. With the introduction of installment payments, sales are rising. In 1947, Piaggio sold around 2,500 Vespices, over 10,000 in 1948, 20,000 in 1949, and over 60,000 in 1950.

The biggest sales promo ever was Hollywood. In 1952, Audrey Hepburn side-saddled Gregory Peck’s Vespa in the feature film “Roman Holiday” for a ride through Rome, resulting in over 100,000 sales.

Vespas clubs all over Europe appear. In 1952, Vespa Club members around the world have exceeded 50,000. By the mid-1950’s Vespa has been licensed in Germany, Britain, France, Belgium and Spain; in the 1960s production began in India, Brazil and Indonesia. In 1956, sales exceeded one million, and then two million in 1960. In the 1960s, Vespa, originally conceived as an affordable vehicle, became a symbol of freedom and imagination and led to additional sales increases of four million in the 1970s and sales at the end of the 1980s to ten million.

Improvements have been made to the original design and new models have been introduced. In 1948, the Vespa 125 already has a rear suspension and a larger engine. In 1953, the headlamp was moved to the steering wheel, the engine had more power and a more modest design on the rear. Also appears Vespa 125 U, a cheaper and spartan version. One of the most loved models is the Vespa 150 GS, introduced in 1955 with a 150 cc engine, a double seat and a new handlebars with a built-in headlamp. Then Vespa appeared with a 50 cc engine in 1963, and in 1968 the Vespa 125 Primavera became one of the most produced of all.

“Smallframe” developed in the PK model in the early 1980s, though some of the Smallframe models for the Japanese market were produced only in the mid-1990s.

In the 90s of the last century, the models of the ET series entered. They have retained the basic lines in accordance with the principles of Vespa’s design. It is now more aerodynamic, it has an automatic gearbox and engines of 50 cc two or four stroke, up to 150 cc four stroke.

After the ET series, LX series models with an updated design and again with engines from 50 cc to 150 cc are coming. The GT series, which is larger in size and engine sizes from 125cc to 300cc, also appears.

In 2012 at the International Exhibition in Milan, “Piaggio” presents the Vespa 946. This is an innovative model compared to the previous one, where the classic lines that distinguish Vespa are preserved. It has some modifications such as larger wheels and air ducts lying next to the seat, similar to the early historic patterns. The rear stop light is integrated in the bodywork. The special name “946” stems from the fact that in 1946 Enrico Piado deposited the original Vespa project at the Florence Patent Office, to which 946 expressly refers in its forms. The frame is made of aluminum instead of steel, making it lighter and considerably more expensive.

In 2017, the Vespa Elettrica model was presented at the International Exhibition in Milan. It has an electric motor with a constant output of 2 kW (2.7 hp) and a 4 kW (5.4 hp) peak. The requested autonomy is 100 kilometers, but the X version is a hybrid type with a 100 cc petrol engine. – extends another 150 kilometers for a total of 250 kilometers. Charging is done via a cable located under the seat and is compatible with a regular contact and charging stations. Charging takes about 4 hours.

Today Vespa is not just a vehicle to do your everyday tasks, but a way of life with millions of fans around the world.